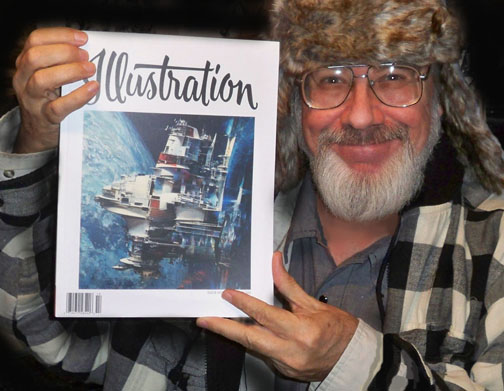 If you want to get a copy, check the bookstores and eBay and various comic book dealers like Bud Plant & Stuart Ng Books, etc.! (It only took one week to sell out!) 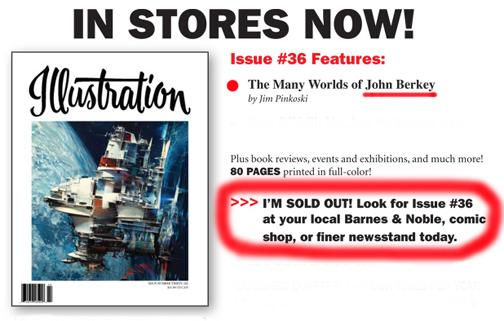 How I wrote the Berkey article

I wrote the John Berkey article and I submitted my own “suggested layouts” — here are a few of them — I didn’t expect Dan to use these exact layouts, they were just done to help him envision one possible version of the article.

This was my suggestion for the cover of the magazine, one of John Berkey’s spectacular Otis Elevator Future Cities: 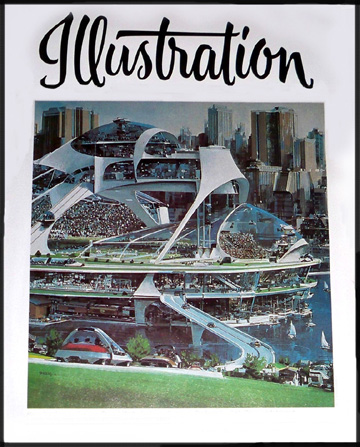 I did “suggested layouts” for a 22-page article, and it was great to see that the article ended up being 40 pages! Here were some of my suggested page layouts — I wanted one of the really nice Otis Elevator ads be printed on the first page… 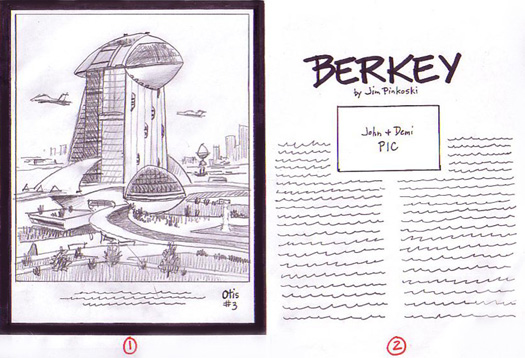 I wanted to include all of the Otis Elevator ads in the article — when I did my layouts we had a total of 8 of them (and the Colad Folder) — then Demi Berkey found a 9th Otis ad, and Dan included the 9th ad in the article! 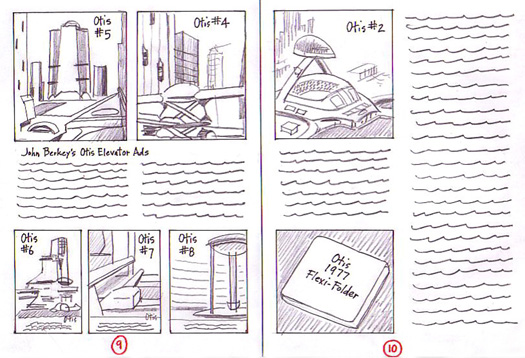 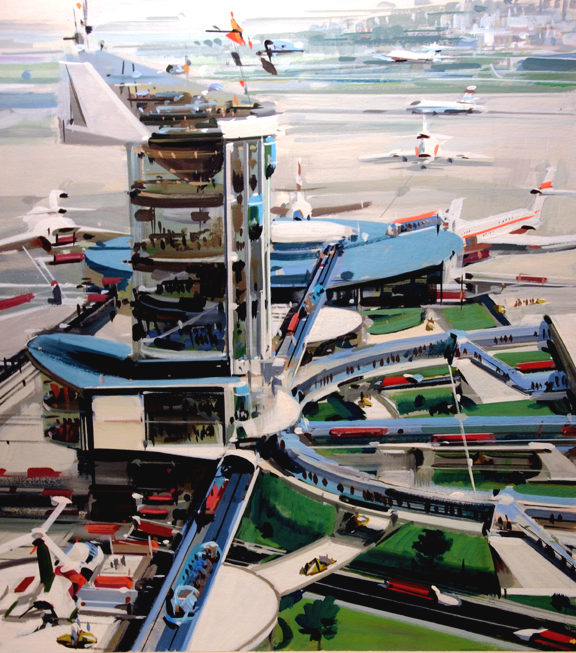 Below: Only 2 of the 8 illustrations here ended up in the final version of the article (the Riverboat and the 1972 Fishing Annual): 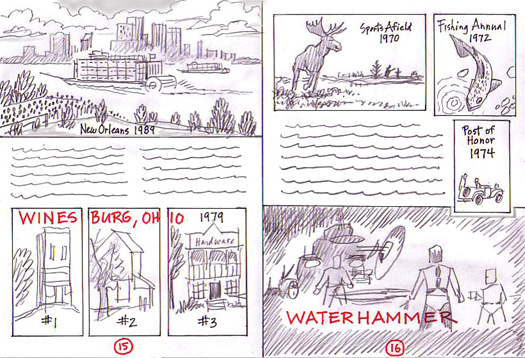 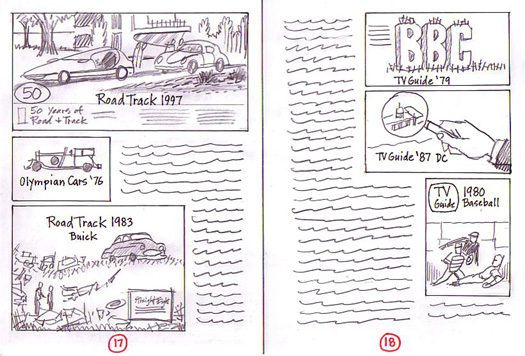 BELOW: Five of these were in the article — the Tsunami cover, the Qaddafi illustration, the Discover earthquake cover, and the two Space Shuttle paintings: 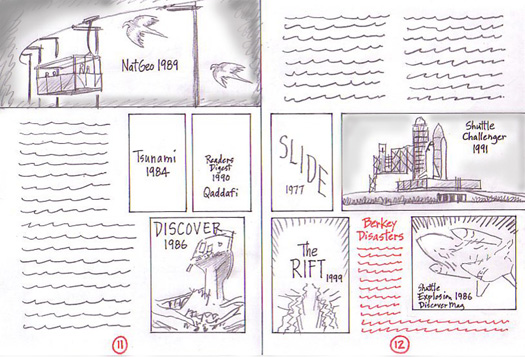 BELOW: Two of these were in the article, the lower left Popular Mechanics “Wingship” & the 1971 Star SF cover: 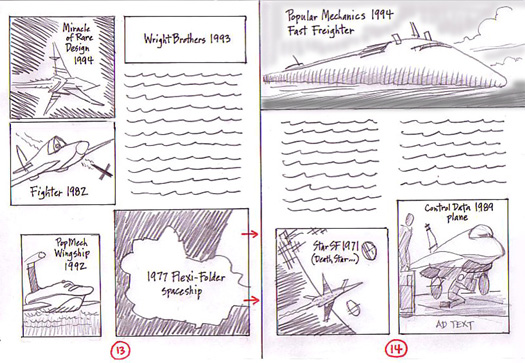 BELOW: Only one of these made it into the article, the lower-left House Under Construction: 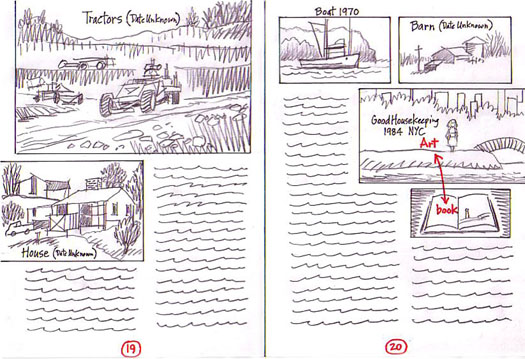 BELOW: Two of these illustrations made it into the article — the MTV illoe, and John’s self-portrait for Asimov’s I, ROBOT cover (it was used as the first illustration on page 1 of the article): 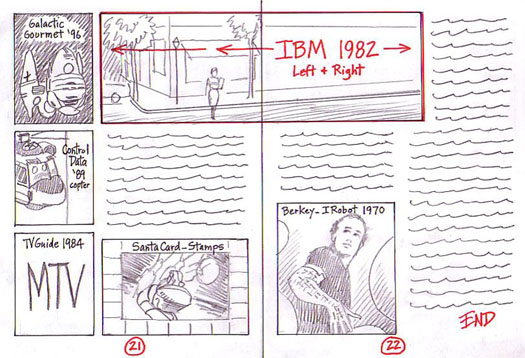 This painting was on page 10 of the article, but here is where it was printed back in January 1987: 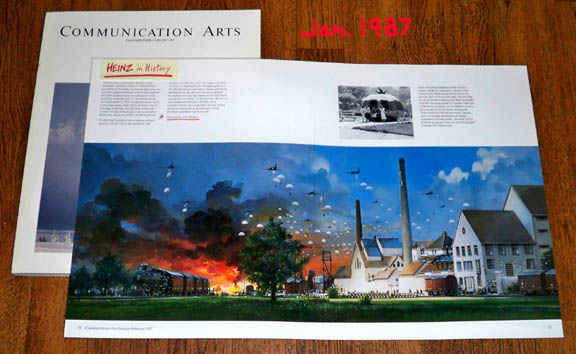 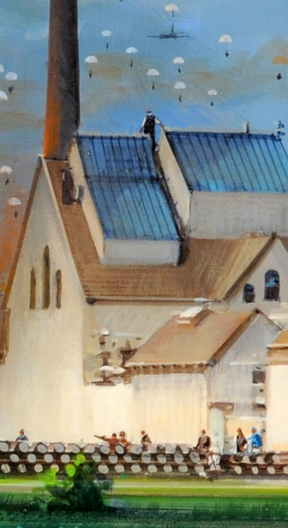 The Berkey Estate has this original art for sale for $5,500 — contact them if you’re interested in it… 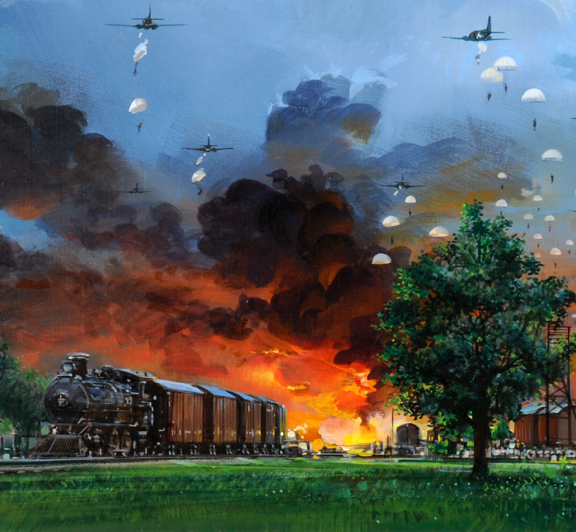 I did some mock-ups of a few other possible covers — this featured one of Berkey’s really nice Calendar covers: 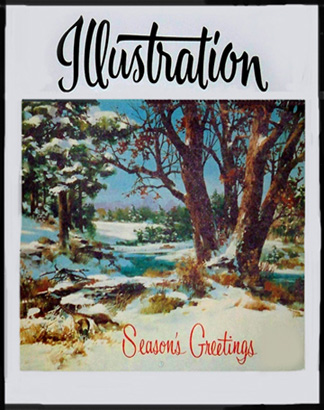 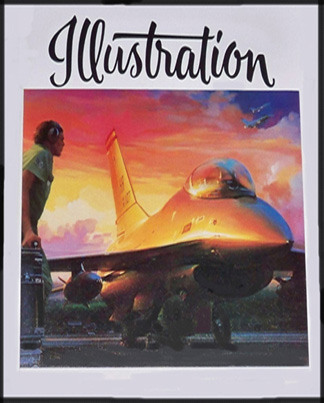 At one time I thought that the magazine might come out around Christmas 2011, so I considered featuring Berkey’s Santa on the cover with a background of his Santa stamps: 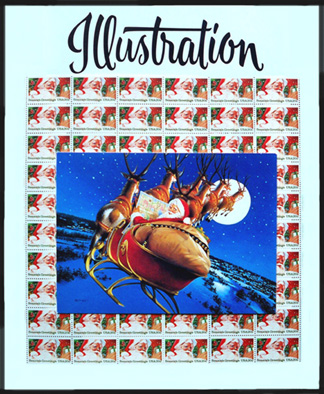 Ultimately Dan Zimmer chose to go with one of John’s dramatic spaceship paintings for the cover!

Over 100 Berkey paintings were considered for the Berkey article, and here are a few of the ones that were not included in the issue: 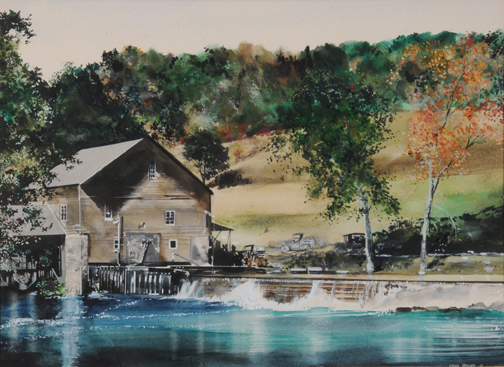 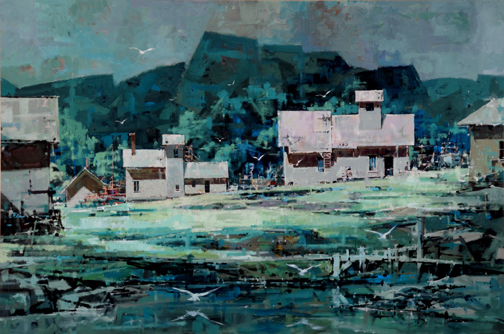 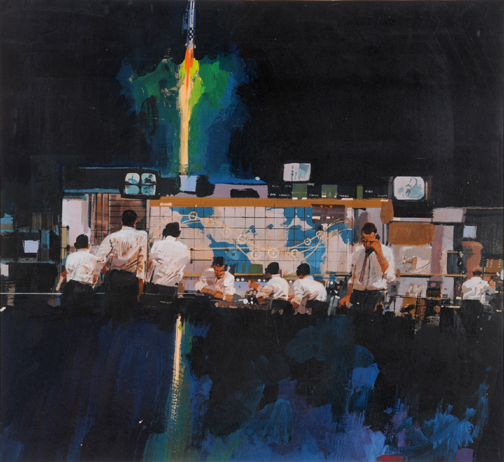 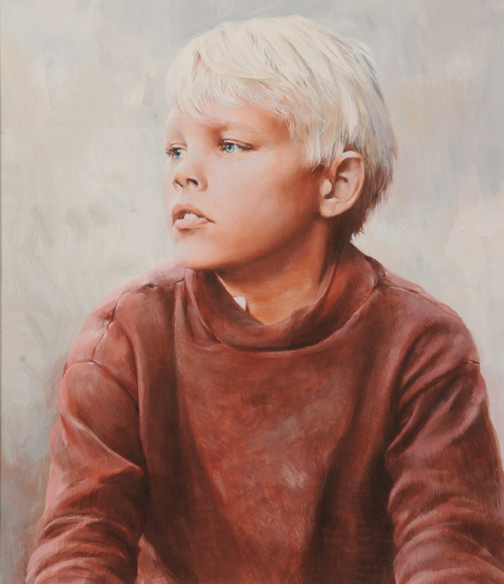 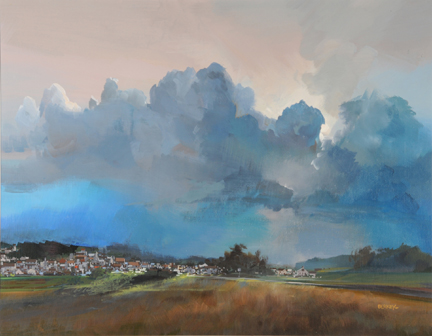 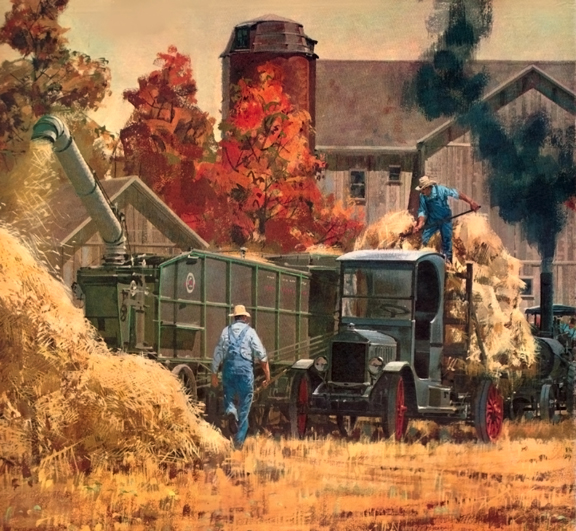 I had this one for over a year — but I never knew this was a “cropped” version until I saw the wider version of it that was included in the magazine on page 6! Demi located a print of it so it could be included, and she sent me a full color copy of the poster-sized calendar print of it — notice the right side where we can finally see the other hay truck… 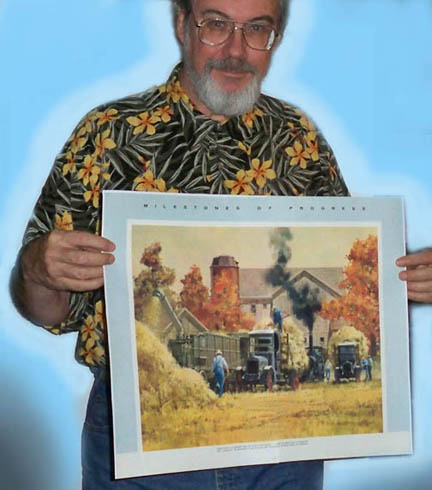 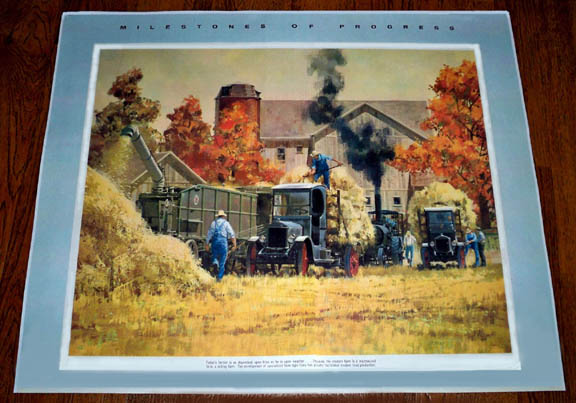